I served as editor of San Francisco's Street Sheet, the oldest continuously published street newspaper in the United States, from 2013 - 2015. For the paper's 25th anniversary in 2015, I led a talented, multi-disciplinary team to implement a long-overdue re-design of the newspaper, and created an advertising and media campaign to promote it.

Jean-Benoit Levy of Studio AND approached me with an offer to help re-design and re-brand the paper in 2014. I introduced the idea of combining the re-design with the 25th anniversary, as a means of creating a new sense of energy and urgency for the paper.

Together, we wrote a succesful grant application to fund the effort, which included printing costs for four archival-quality issues of the re-designed paper, along with aprons, t-shirts and badges for the vendors featuring the new logo, and funds for a city-wide transit advertising campaign to announce the re-design.

Levy managed the redesign, including the logo, typefaces and design template of the newspaper. I focused on the content of the anniversary issue and advertising campaign, and shepherded our proposed changes through a committee composed of past Street Sheet editors and staff of the Coalition On Homelessness, the non-profit organization that publishes the paper.

My goal with the 25th anniversary project was to reintroduce the newspaper to San Francisco, clearly defining its mission and identity, and definitevly framing homelessness as a tractable problem with identifiable causes and solutions.

While I knew it was important to reflect on the paper's history, I felt it was important not to celebrate it, since the only real occasion for celebration will be the year when San Franciso no longer needs a newspaper like Street Sheet.

The project had many lasting impacts, including two that I'm particularly proud of:

First, thanks in part to our advertising campaign, it's now common knowledge that 70% of people experiencing homelessness in San Francisco were housed residents of the city before becoming homeless. The idea that people "come to San Francisco to be homeless" is still widespread, but much more often corrected.

Second, we raised the suggested donation for the newspaper to $2, giving the vendors a long-overdue raise. It still makes me smile whenever I hear Street Sheet vendors quote the new price. 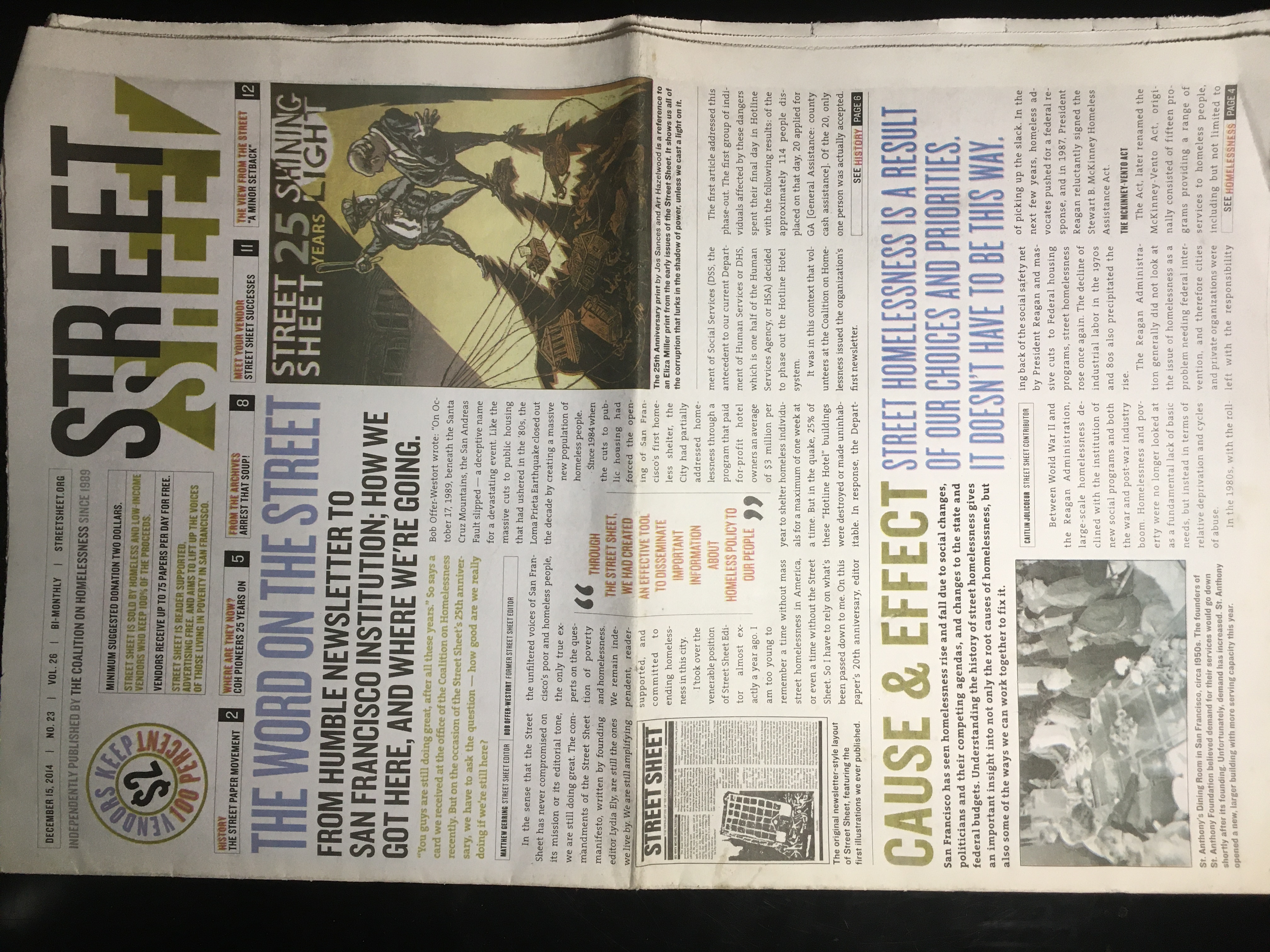 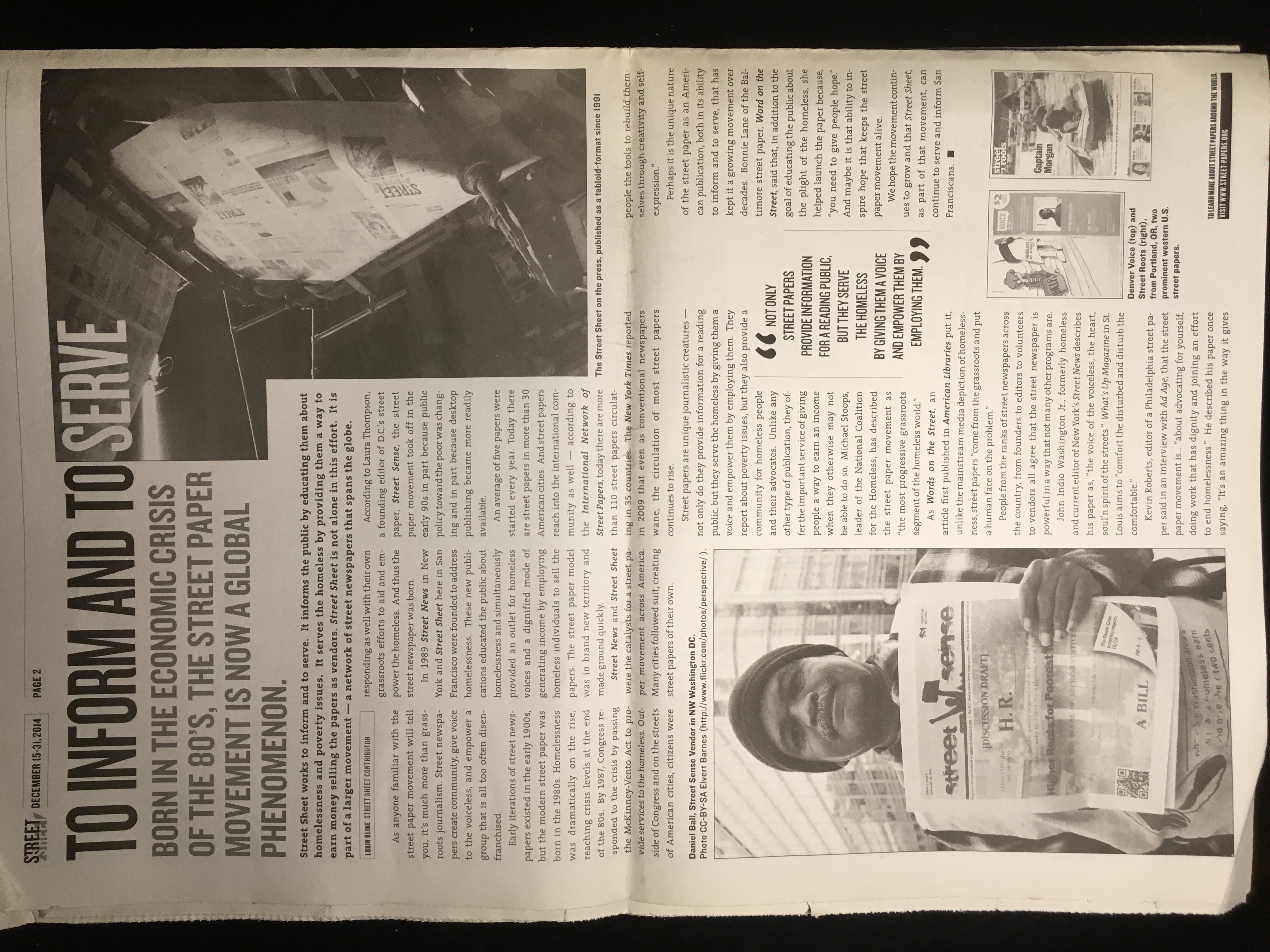 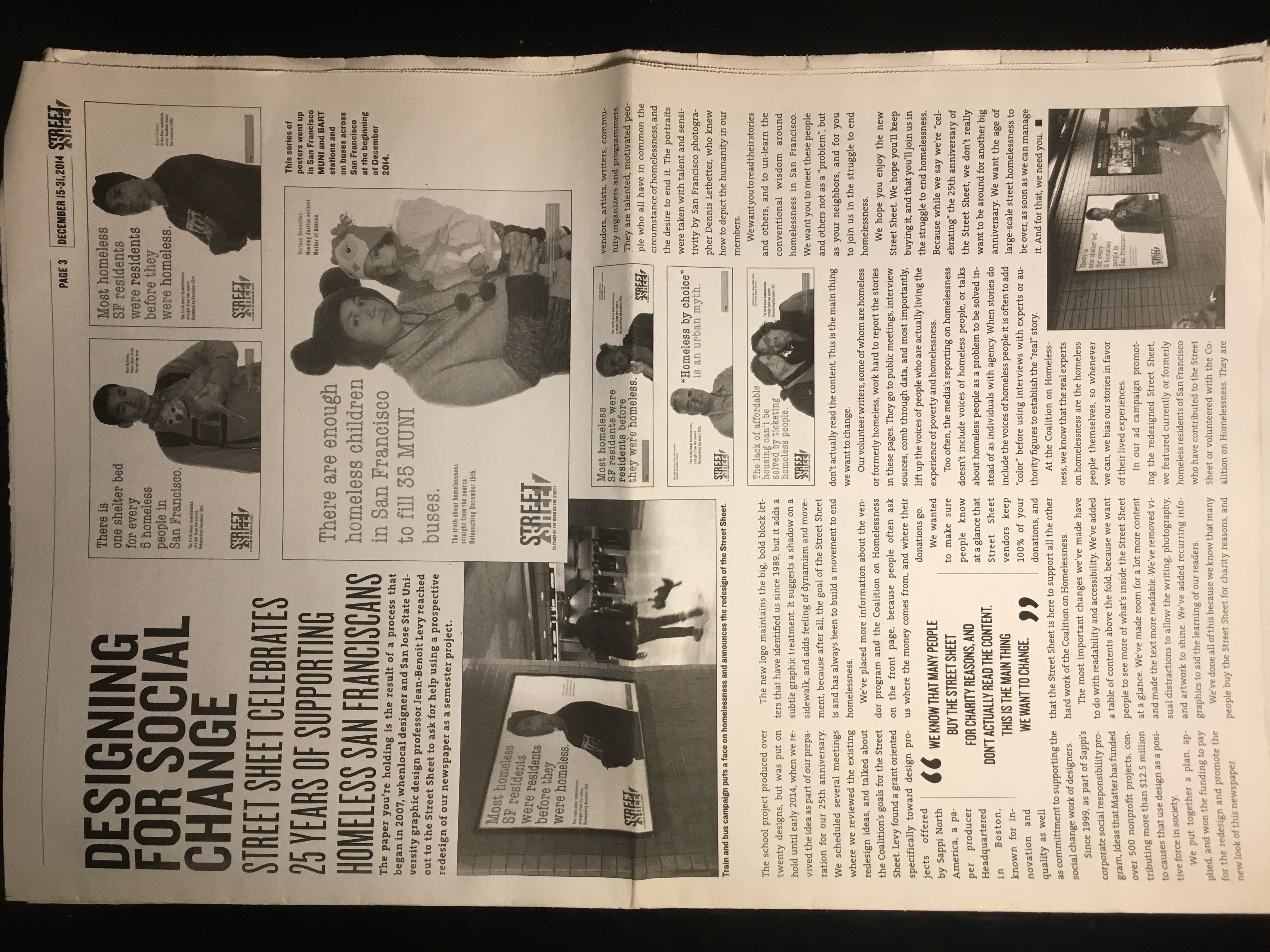 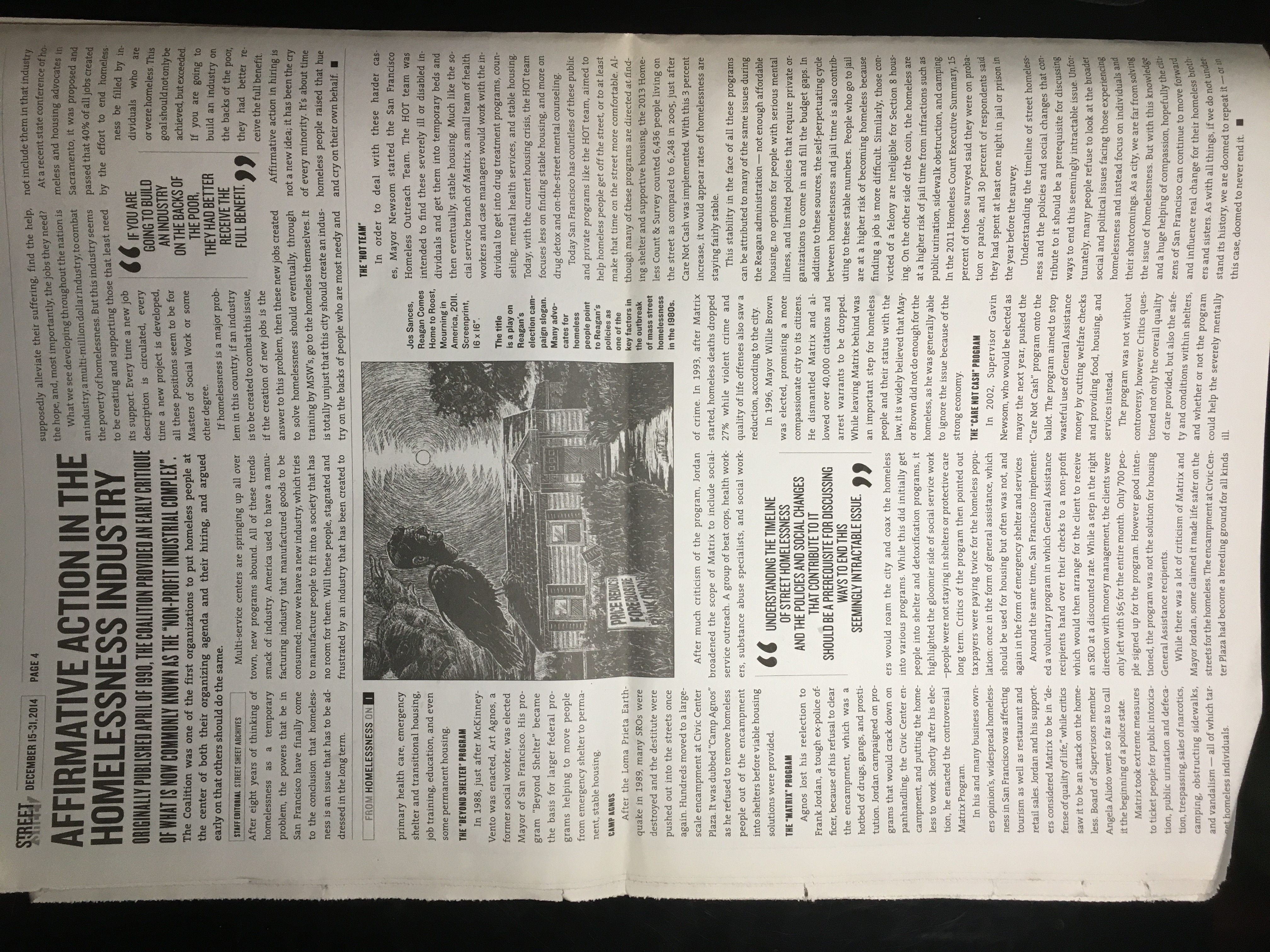 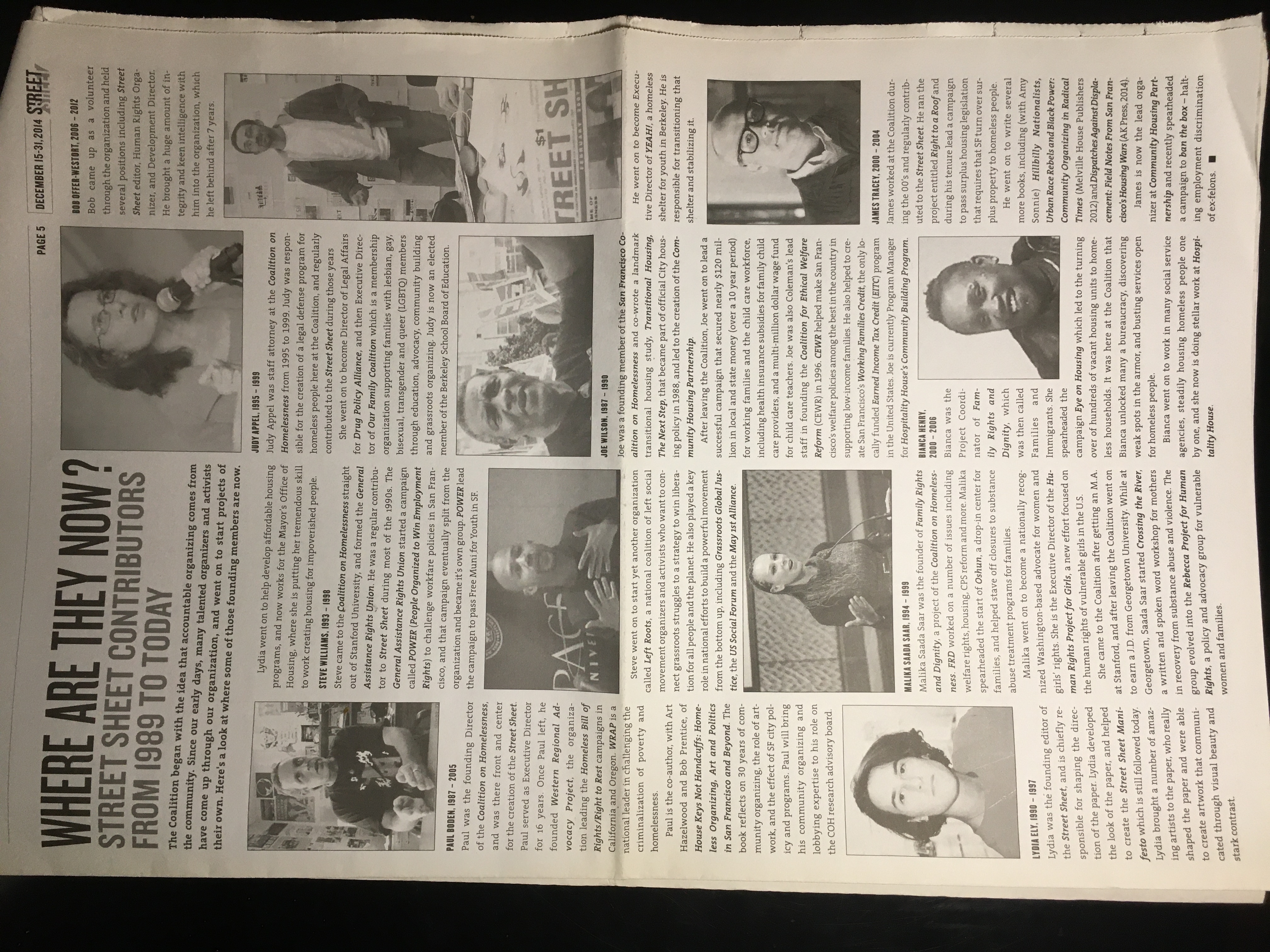 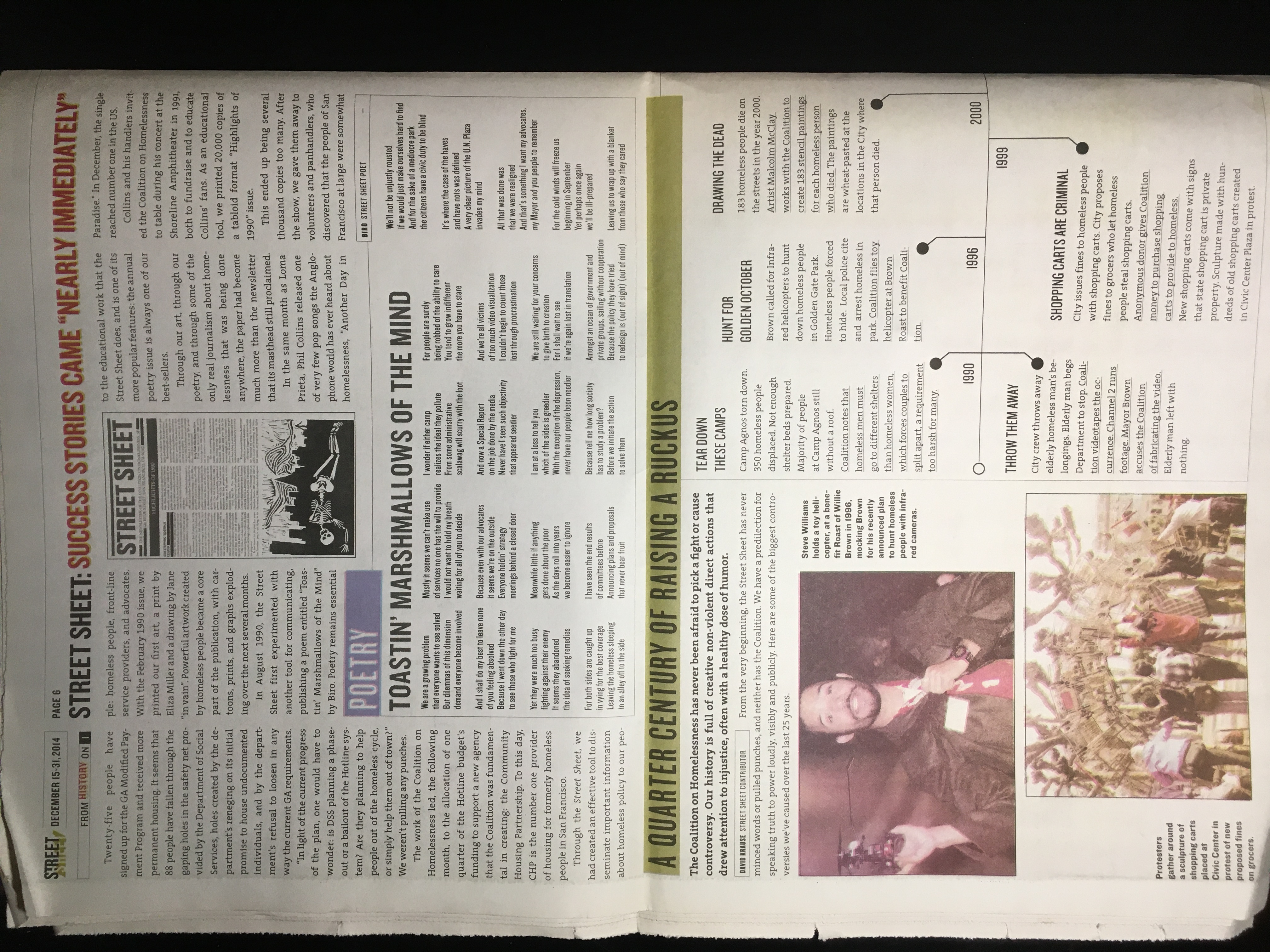 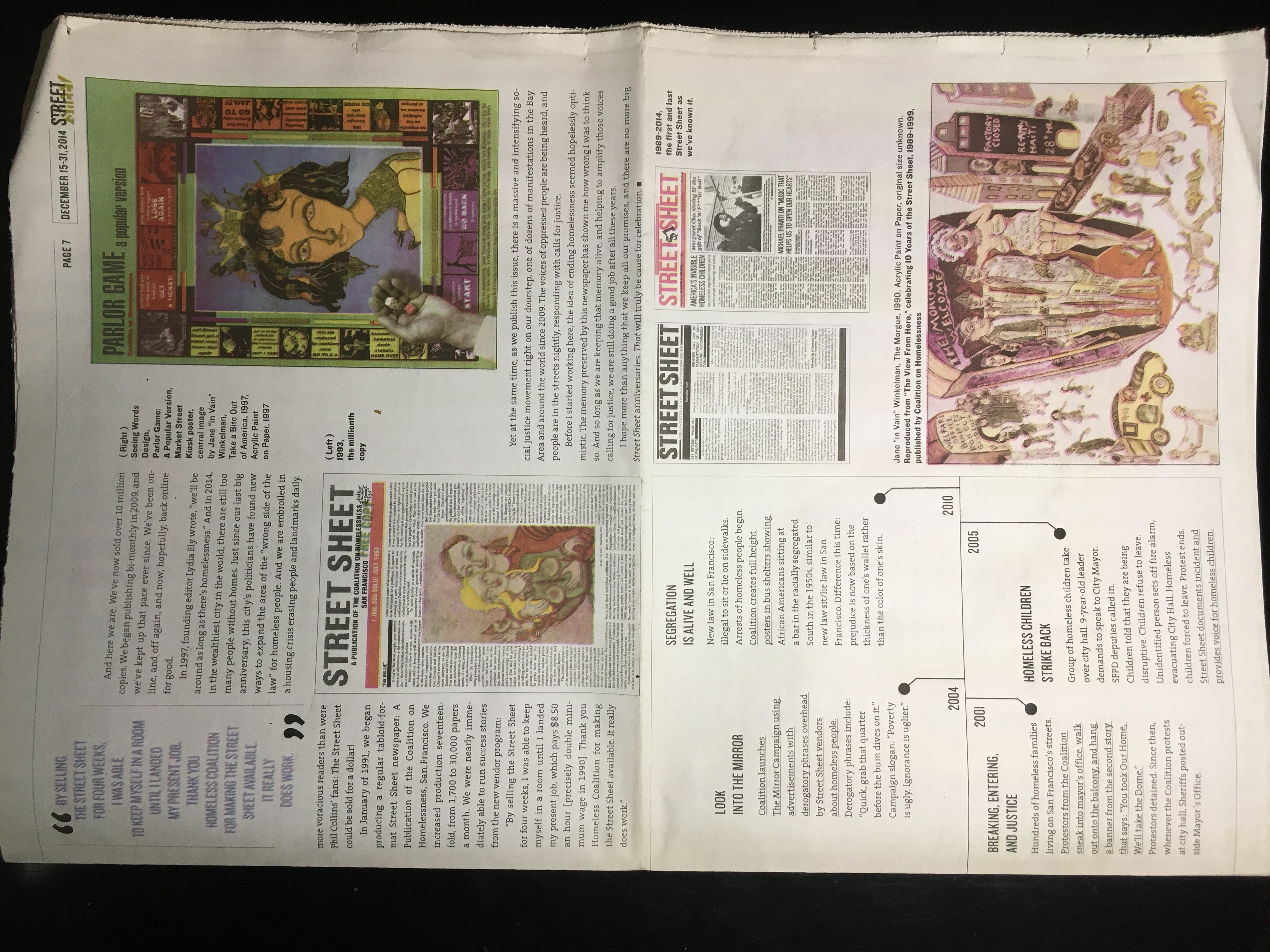 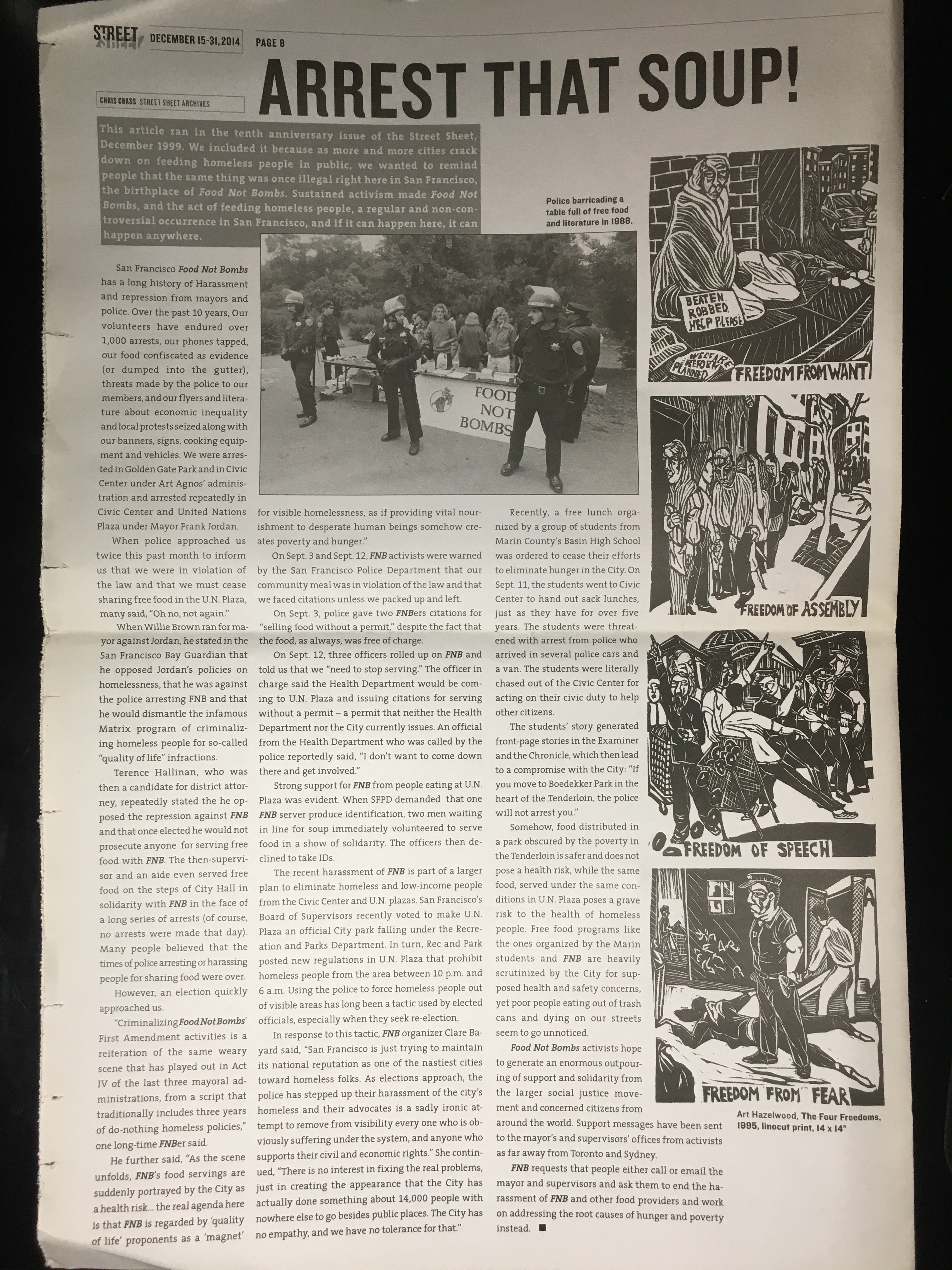 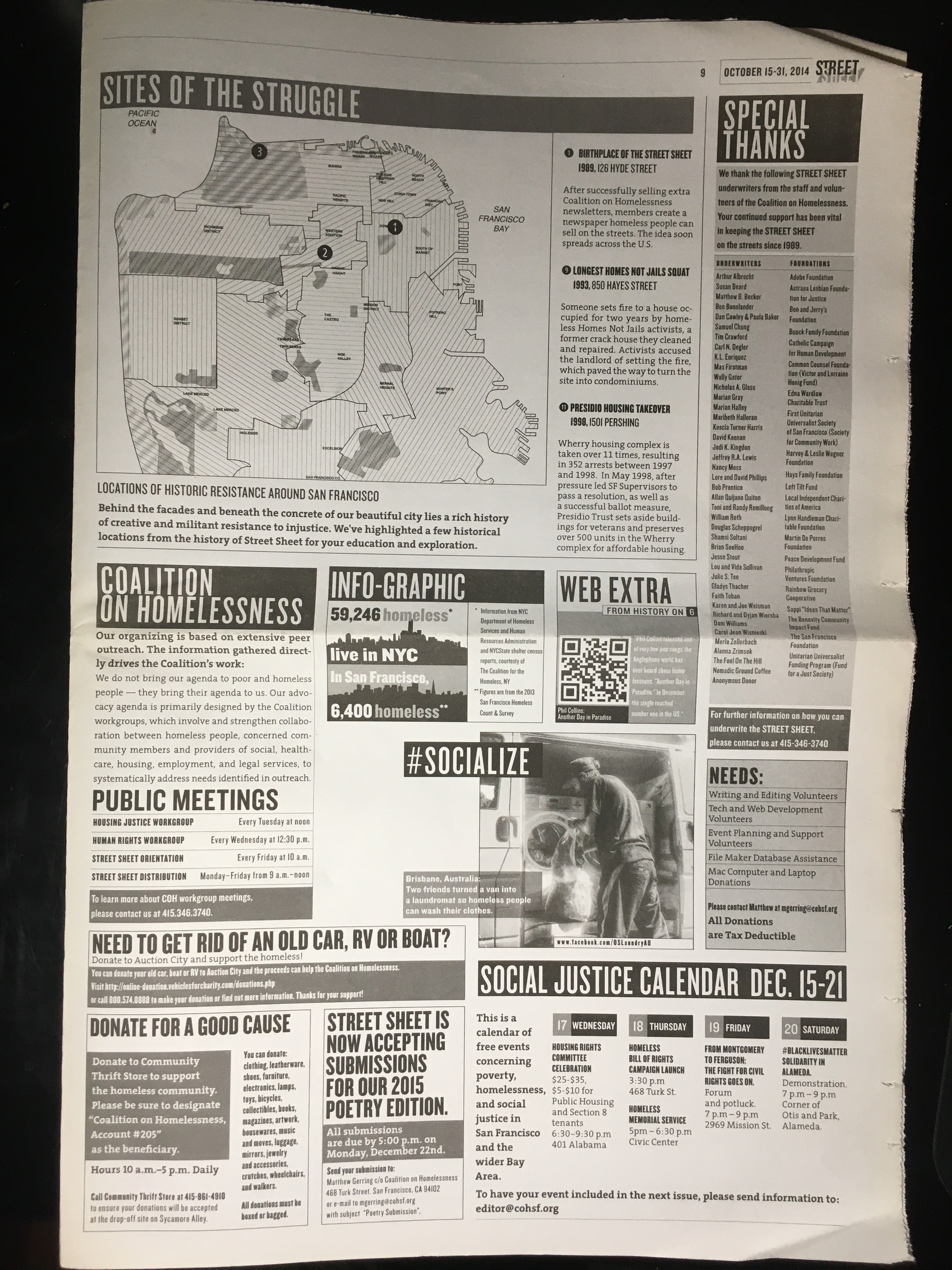 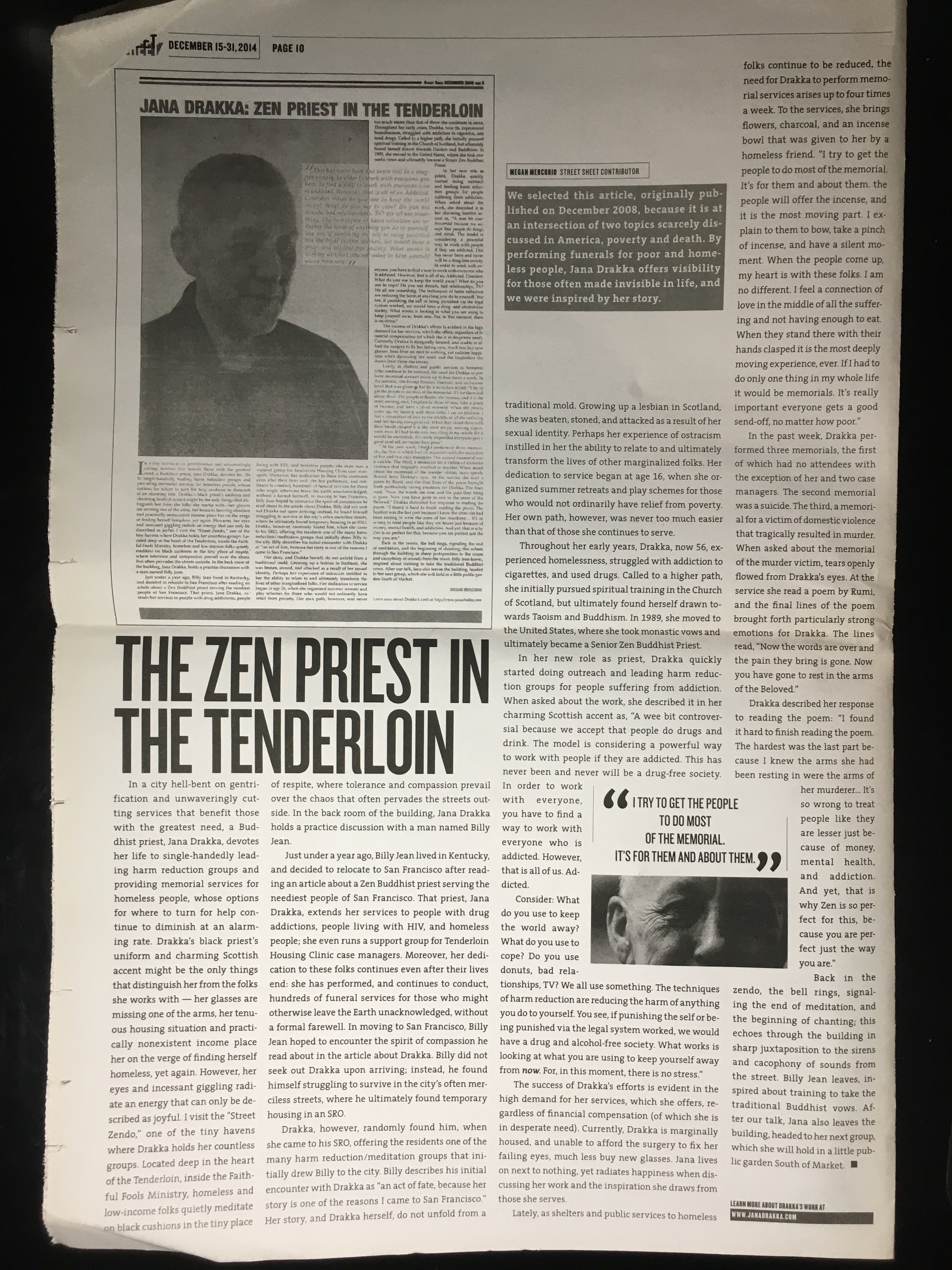 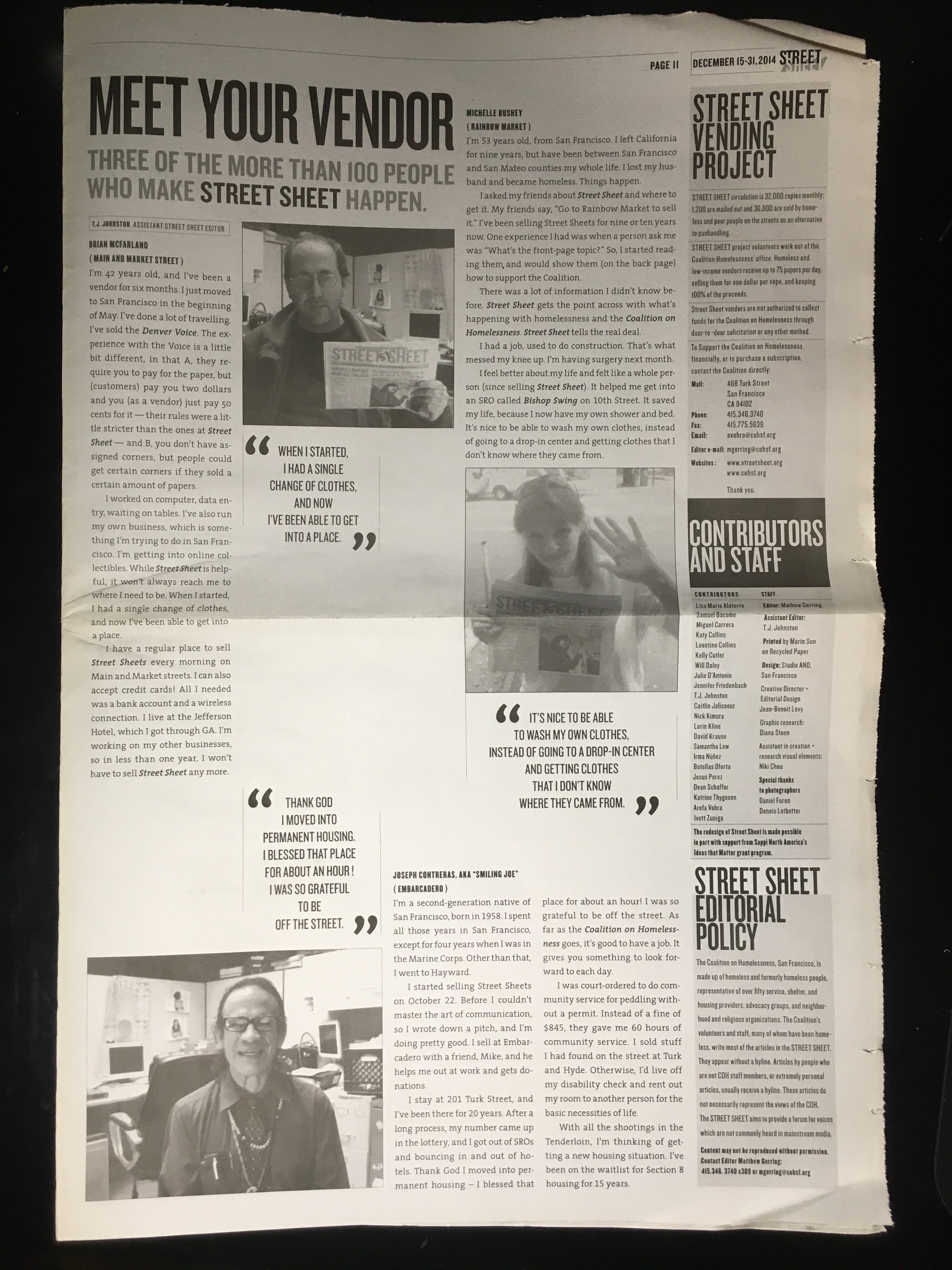 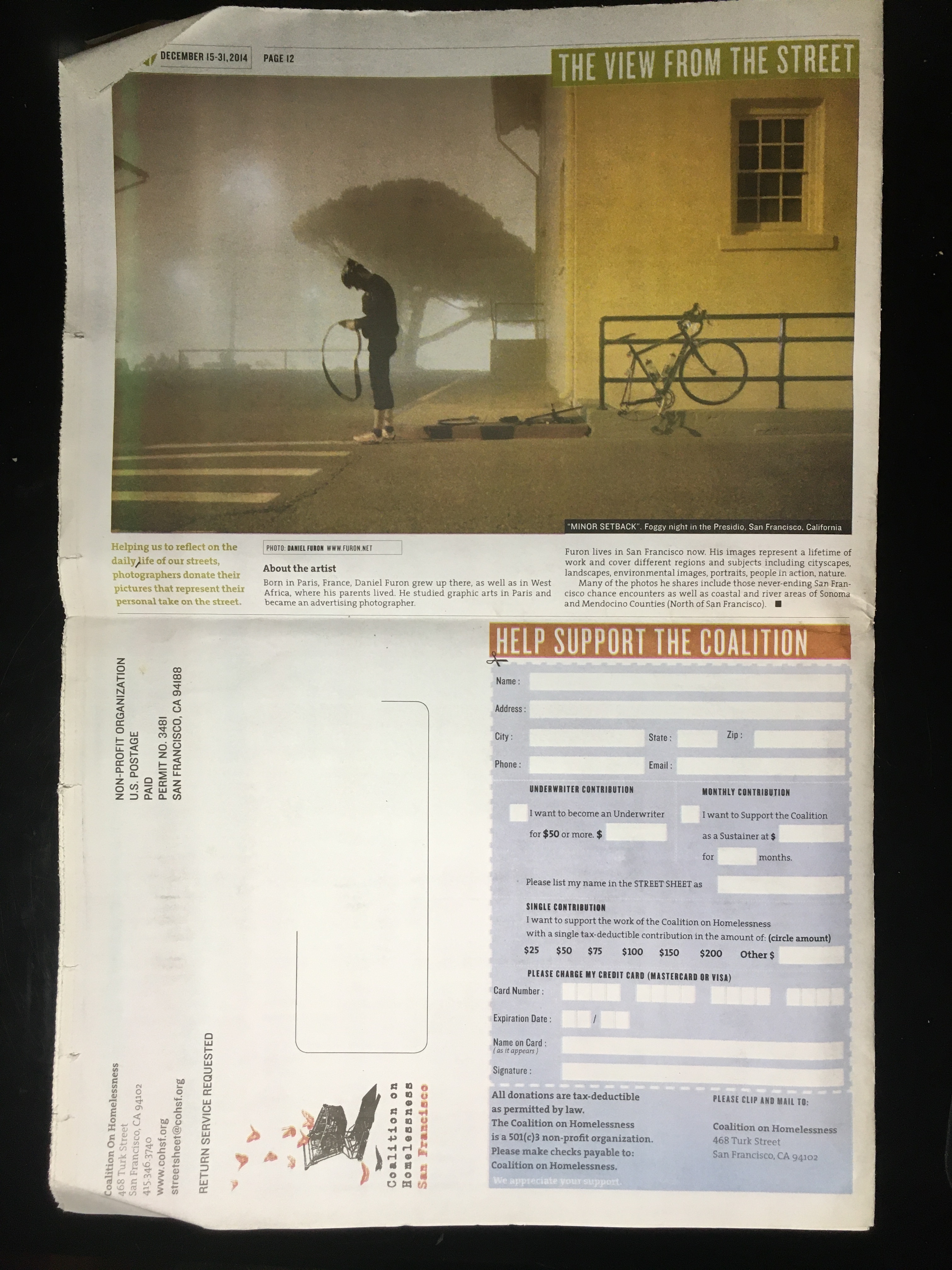